Cost of crime to business 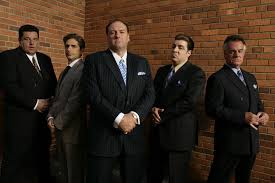 The opinions expressed in this blog are Michael’s own and not those of SRM.

I was addicted to the Sopranos, the story of US gangsters, and enjoyed the song over the opening sequence, “Get yourself a gun”. But it seems so old fashioned now – the modern criminal gets himself a laptop.

As far back as 2011 the Cabinet Office published a report on cybercrime and estimated it at £27bn. Of this figure the overwhelming majority was aimed at businesses – some £21bn, and even at the time this was admitted to be an underestimate. The figure is certainly higher today.

It seems to me that the reason is that many (most?) business people believe (naively) that a decent firewall will solve any problem. This, however, ignores the many varied ways that fraudsters find to scam and deceive their victims; or the sheer inventiveness of some very clever criminals, often with friends inside the target businesses themselves.

Recent police reports state that crime is falling dramatically and successive Home Secretaries have been proud to boast their successes. But they do not include cybercrime in the statistics. It seems to be hidden in the too-difficult-to-handle drawer because it is not fully understood by the top brass in the police or the Home Office. What is more, the police are woefully ill-equipped to handle it. So best forget it, ignore it; it will probably go away, all £27bn of it.

Perhaps I am being unfair. There are many members of the police force who are computer literate and would love to get stuck in to the fraudsters, but I suspect that much cybercrime is seen as ‘victimless’ like insurance fraud. No one is lying bleeding on the ground and it is only occasionally when a huge fraud is discovered – or an extraordinary event like the Snowden leaks occurs – that the media takes notice.

But it all adds up to £27bn. When I started in business back in the Stone Age, to steal your employer’s secrets meant furtively opening a filing cabinet and taking away some papers. Then came photocopying and fax machines making that kind of theft difficult to detect as there was no physical removal of the original. Back then, who would have guessed that just about every employee today carries a camera to work (in their phone) and many routinely carry a memory stick. So it seems to me that advances in technology have succeeded in increasing the opportunities for theft while the capacity to access data remotely or via the Internet takes it to another level.

This century, cybercrime has become increasingly easy to commit but equally difficult to detect. It is also increasingly difficult to achieve an arrest. So it is no surprise that a criminal opts not to take the physical risk of attacking an armored van or holding up a bank, preferring to sit comfortably at home, pretending to be whoever he wants, and steal…. £27bn?

So send for the security professionals.