Penetration testing: if prevention is to be an achievable goal we cannot rely on static defences 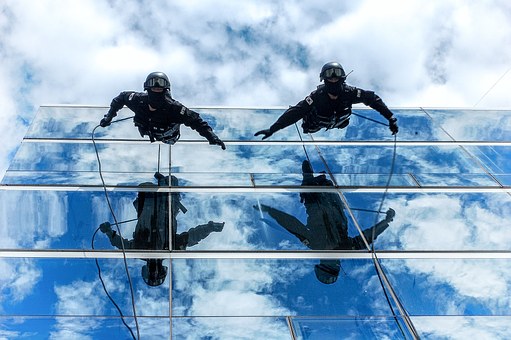 SRM is at the PCI London event in London on 25th January, presenting on The Synergy Between Automated and Manual Penetration Testing.

Prevention is undoubtedly better than cure, particularly in the context of a potentially damaging data breach. In a world where the threat landscape is constantly changing, however, if prevention is to be an achievable goal, we cannot simply rely on static defences. Our defences need to evolve in line with the ever-changing threats and vulnerabilities we face and the only way to identify these is to act counter-intuitively. We need to challenge our own procedures and attack our own defences. If we do not, someone else surely will. That is the key to penetration testing.

Using these offensive techniques enables us to validate the capability of our existing responses and, even more importantly, identify areas for improvement. A responsive strategic approach to data security requires constantly updated intelligence which can only be provided by a combination of both automated and manual test and exercise tools. Neither is fully effective without the other. The key is the synergy of the two: we cannot mount an effective defence without employing both the speed and rigour of the automated tool and the agility and ingenuity of the human mind. After all, hackers use both so we must too.

The first essential tool in the attack arsenal is the automated vulnerability test. Imagine yourself in a virtual world. You are in a vast chamber with hundreds of thousands of doors. Malicious hackers can get into your system through a just a handful of these doors but which ones? To identify where the vulnerability lies you must test each and every door; a task which if done manually would be time-consuming and complex. This task can, however, be completed accurately and swiftly through an automated vulnerability scan. Developed by experienced penetration testers, this identifies where the potential vulnerabilities are, putting you are in a position to accurately deploy the next level of attack tool: penetration testing.

A penetration test effectively opens the doors which have been identified in the vulnerability scan and explores deep into the underlying infrastructure to examine what is lurking behind them. Designed to answer the question: ‘What is the real-world effectiveness of my existing security controls against an active, human, skilled attacker?’, it goes to the next level by actively exploiting those vulnerabilities in order to prove (or disprove) real-world attack vectors against an organisation’s IT assets, data, humans, and/or physical security.

More broadly, the full penetration testing of an organisations infrastructure utilises the value of automated tests to lay the groundwork at the start of the process. Expert penetration testers will then put themselves into the mind of potential attackers, exploring and exploiting all opportunities. An individual or team of testers are able to think laterally; they can both analyse and synthesise.  As systems become more complex, the ‘attack surface’ continues to grow and the potential number of ways a hacker gains access is ever expanding, making this technique increasingly valuable.

The scope will be dependent on what the drivers are for the organisation and these will determine the stated goals. These drivers may also influence other aspects of the engagement such as target selection scope, assumptions, and even funding ceilings that limit the amount of time a test team has to explore. Even highly automated, well-resourced, and advanced networks employing sophisticated counter-measure technologies, while useful as part of the penetration testing process, are no match for human intelligence.

To continue the analogy of the doors: if penetration testing opens the doors to see what is behind them, Red Team engagement goes through the doors and explores the room, the house and the street beyond, getting completely into the mind-set of the potential hacker.

The key difference between penetration testing and Red Team engagement is therefore the extent of the scope. So, while penetration testing is often focused upon a key application or system and is scoped following threat modelling, Red Team engagement is fully bespoke and often ‘goal orientated’. This goal will often be: ‘we have this highly sensitive network/piece of data – can you get access to it?’

The Red Team focuses on the objective of the engagement and examines it from many different angles pulling together a plan of attack using a range of different techniques and abilities. It tests procedural, social and physical components of security in addition to technical controls. Replicating the wider view an actual attack would have, the Red Team uses an adversarial mind set to determine strategy and policy making.

In practice, Red Team engagement involves working with ethical, skilled and experienced professionals who act like true hackers, simulating internal and external hacking attempts to test the response on a client’s system. With client permission, the Red Team seeks to break through the hardened perimeter, using the weakest identifiable point, to gain access to the organisation’s system. Using common hacking techniques, they seek to gain a foothold; tunnelling traffic back through ports that are commonly open within a business, usually via the web, so they can communicate with their own servers on the outside without being detected. These benign servers are then used to control devices, which have either been placed or hacked, on the inside of the client’s organisation.

In addition to a rigorous examination of the organisation’s security controls, Red Team engagement will exercise incident detection, response and management.  This can be linked to a wider incident simulation process testing procedures and response capability throughout the business.

When you combine the benefits of a best in class web vulnerability scanner updated within hours of new threats emerging, able to be run ‘on demand’ and OSCP trained experienced penetration testers it’s a powerful combination to help stay safe in today’s ever-changing world of cyber threats.

There is no one-size-fits-all solution. The importance of accurate scoping at the outset of the exercise of a penetration testing exercise cannot be overemphasised because every organisation faces its own unique challenges in terms of regulations, risks and vulnerabilities. What is more, in a world where data security is constantly evolving in response to new and ever more ingenious attacks, an organisation’s test and exercise strategy needs to reflect this. If your incumbent data security provider cannot demonstrate the required agility, you must ask yourself whether your requirements are being met.

SRM partners with industry-leading vulnerability scan provider AppCheck to deliver both the automated and manual elements of a bespoke test and exercise strategy. SRM can advise on all aspects of Information Security Testing as well as providing a full range of consultancy services. For further information please contact Mark Nordstrom at mark.nordstrom@srm-solutions.com  or phone 03450 21 21 51.

Getting to grips with the 12 PCI DSS requirements?

PCI compliance is essential for businesses that are required to maintain payment security and protect customer data. But what exactly is involved in the 12 PCI DSS requirements? As..

The further easing of lockdown restrictions this month has allowed many face-to-face businesses like hospitality, retail and leisure to re-open under controlled conditions. This means that after the hiatus..

What is a VPN and why is it more important than ever right now?

While remote working has been on the rise for several years, the COVID-19 pandemic has opened the floodgates to home-based office work. While businesses, in the most part, adjusted..